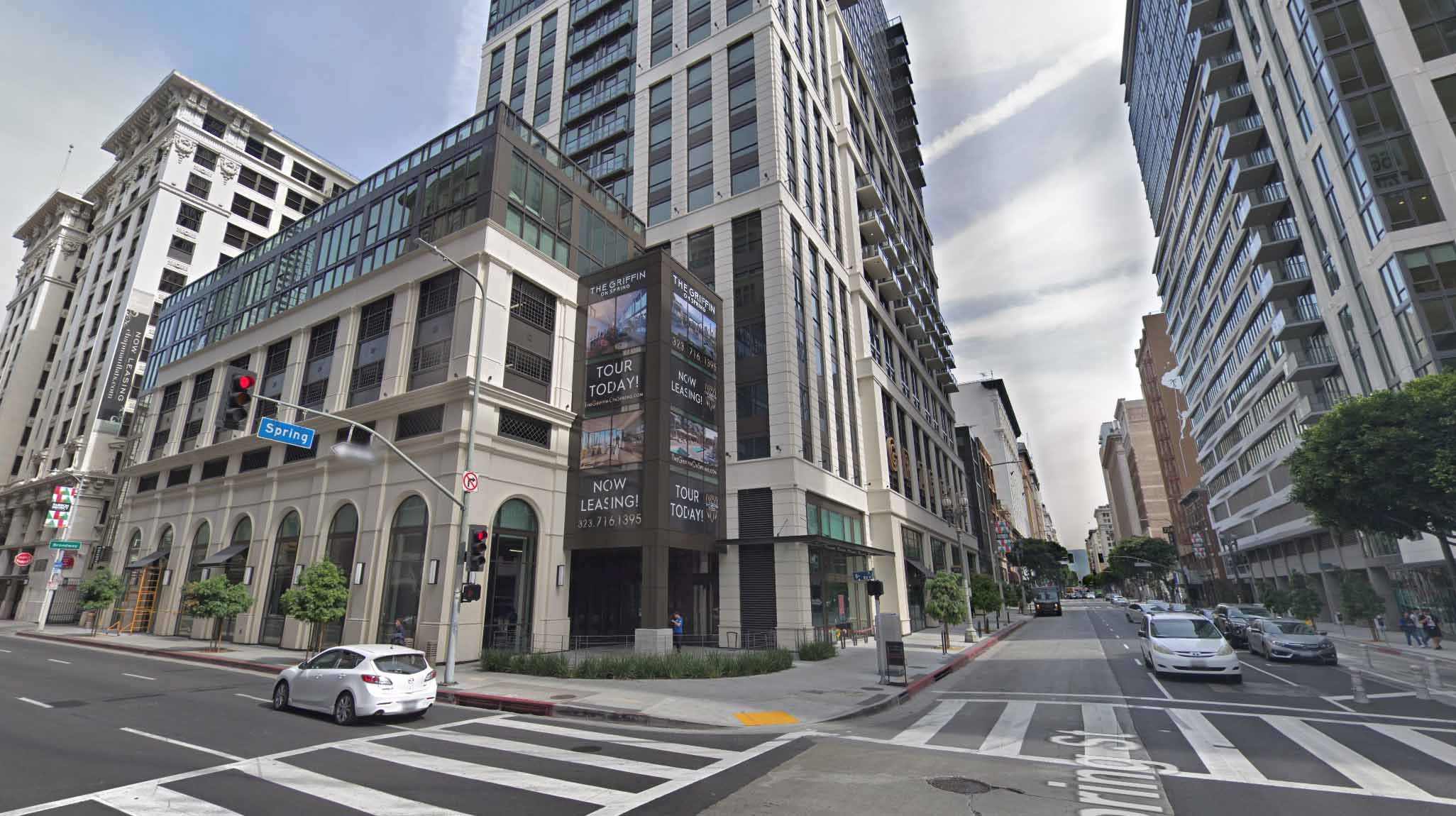 In downtown Los Angeles, ground floor commercial spaces are typical to new residential and office buildings. Leaseholders of these spaces can present so much income volatility that they’re sometimes not even reflected in a developer's proforma. It is now crucial to fill the long-vacant commercial spaces below, especially when residential or office uses above are performing well. Through creative thinking and blended uses, our goal is to reinvigorate ground-floor spaces by creating revenue, making sure the lights stay on, and helping tenants engage the adjacent street frontage. Doing so reactivates connections to the public realm and allows the surrounding community to thrive. 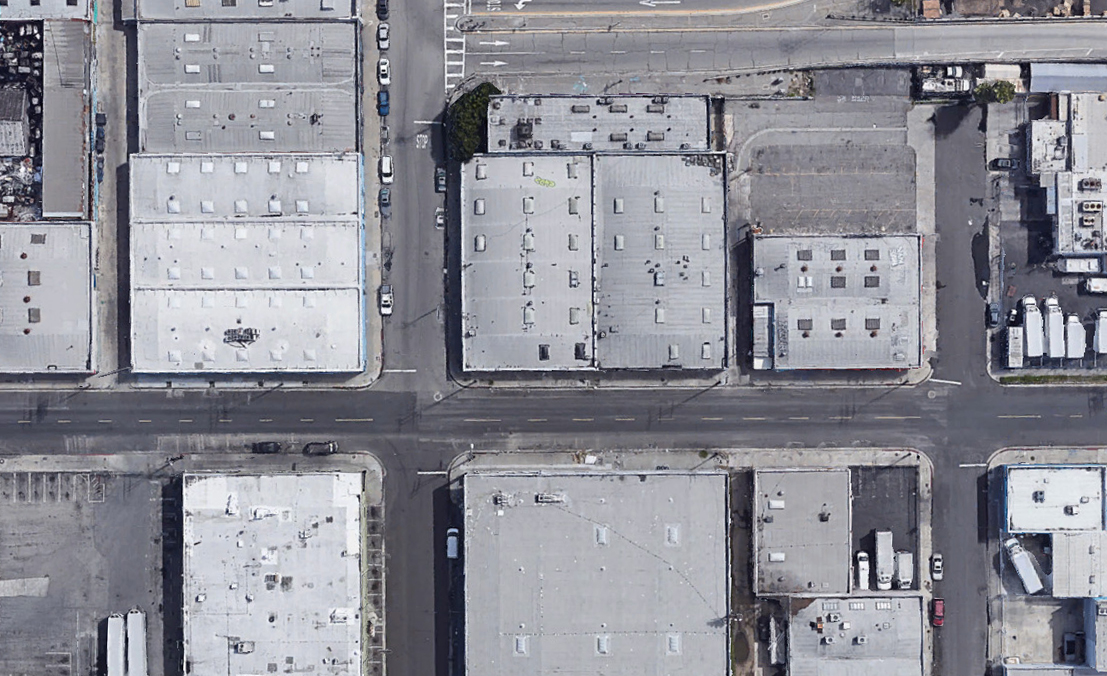 Just outside of downtown Los Angeles and across LA County, we see thousands of existing industrial buildings that are too small and outdated to be useful to today’s industries. Their wide-scale demolition risks annihilating their rich potential. Typically, these industrial buildings are close to urban cores that have undergone revitalization, meaning that their purchase price is relatively high. These buildings are also typically located in neighborhoods that see little after-hours activity and may lack sidewalks and associated parking. These factors make their purchase not financially attractive to most investors, so they lie dormant.

Originating in the 1960s, the big box retail model has become a signature of the American retail environment. The United States holds roughly 8.5 billion sf of retail space or 25 sf per person. As of this writing, retail analysts say that Wal-Mart operates roughly 4,600 stores, Target over 1,800 stores and Best Buy almost 1,000. The rise of Amazon has even forced many of these big box retailers to close specific locations or shutter operations entirely. In 2017, when Toys “R” Us went bankrupt, the ensuing store closures left over 800 locations vacant.

Reimagining Spaces: Strip Malls are the Next Housing Opportunity 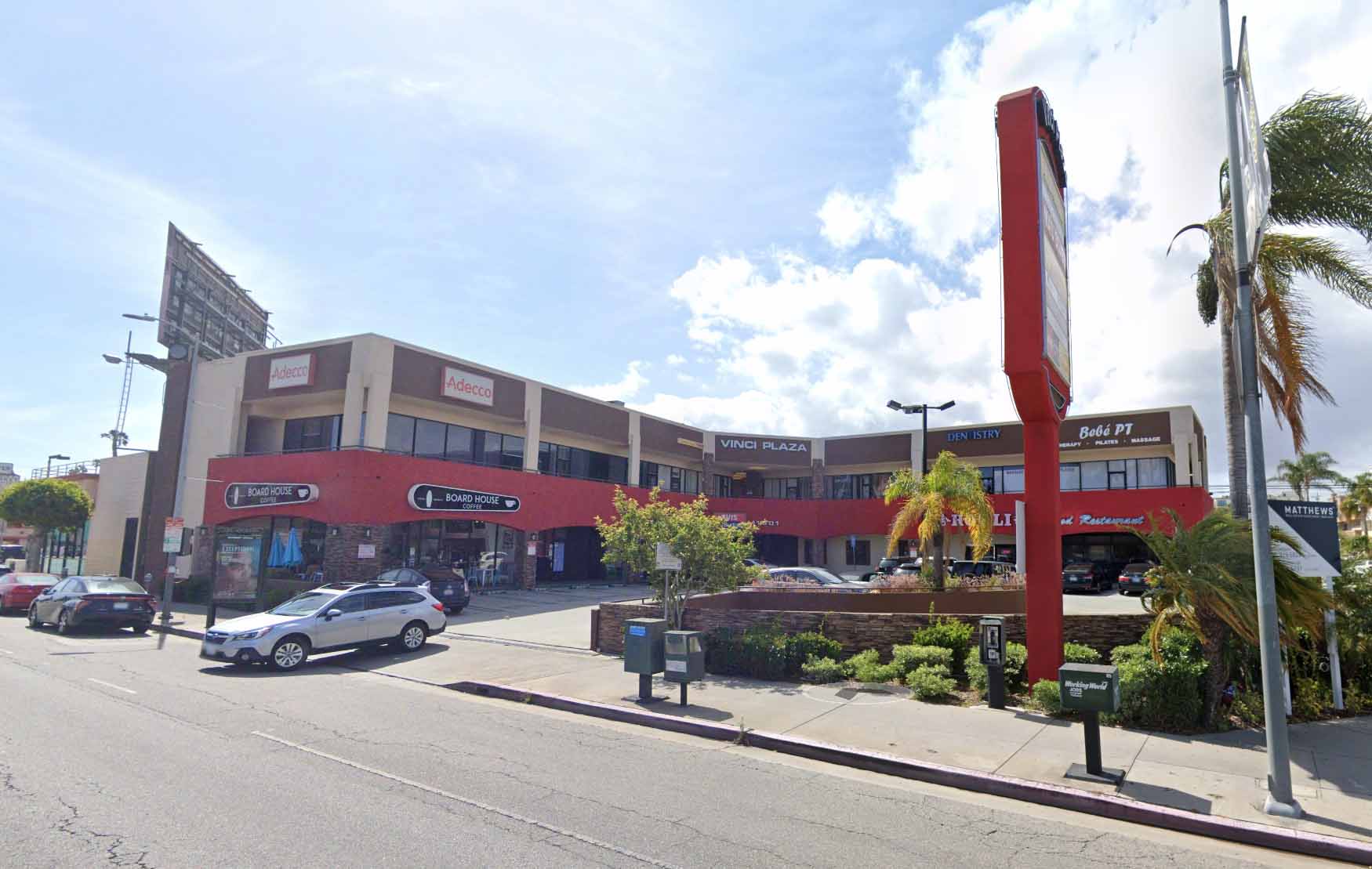 In the coming post-pandemic economy, vacancies of commercial spaces are expected to remain high. Meanwhile, Los Angeles has a shortage of affordable housing that generates a true sense of community. We believe that strip malls offer rich potential for conversion to residential use, a process that could help to alleviate some of the affordable housing crisis by creating new units.

The city of Los Angeles has roughly 675 strip malls that consume about 24 million sf of ground area, including associated parking. Their design characteristics descend from drive-in markets with multiple independent vendors, a typology that began appearing in the region in the 1920s. Mini-malls are a smaller variety of strip malls often found on corner lots among the city's extensive commercial corridors. They were born in Los Angeles after the 1973 oil crisis, when the bankruptcy of many gas stations freed up their corner lots for development, allowing mini-malls to spread across the city. In 1988, a restrictive ordinance placed guidelines on the development of mini-malls and gave the city discretion over their approval. 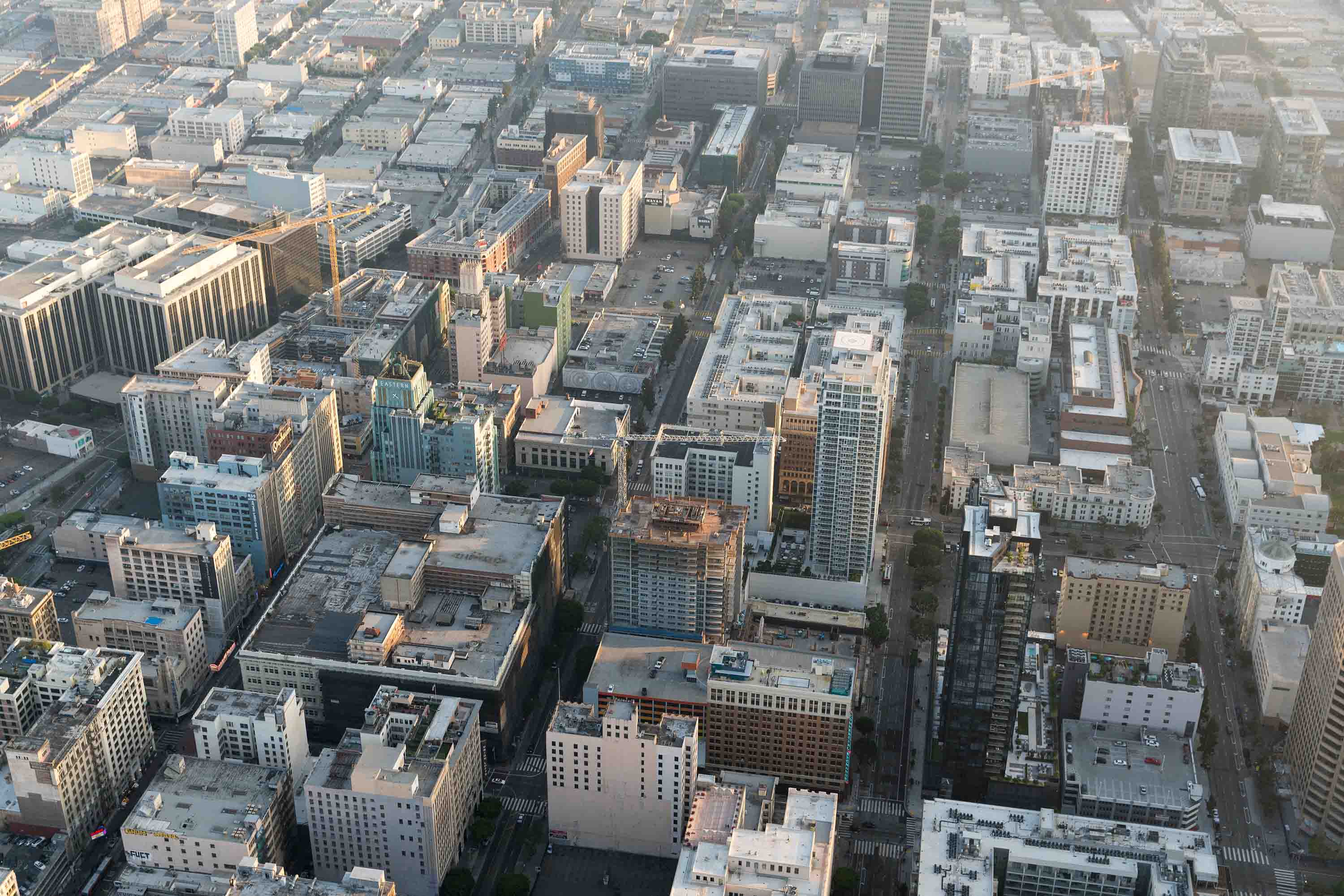 Among the many economic impacts of today's pandemic, the commercial sector will experience long term shifts in how its spaces are used. Increased vacancies and dwindling revenue already loomed large for retail spaces prior to the pandemic, the impact of which will likely increase to many forms of commercial space, including office, retail and restaurants. Given these market conditions, experts anticipate that 90% of real estate development in the next decade will focus on the renovation and reuse of existing structures. As our latest design report shows, Omgivning's focus on the creative reuse of commercial spaces allows us to help clients navigate this unprecedented landscape with innovative and cost-effective solutions.

Sign up for a DesignClass, Learn from Our Founder 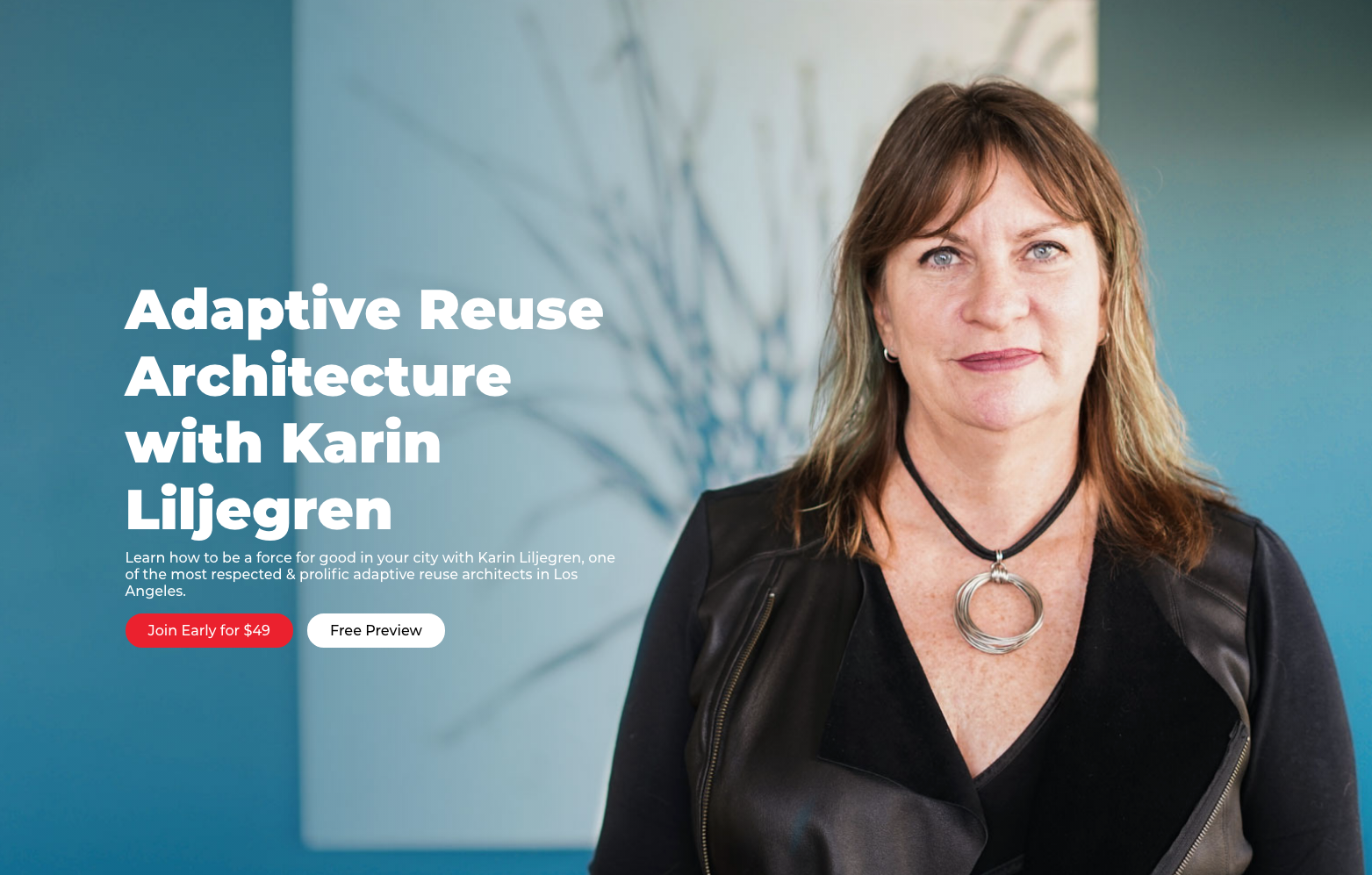 GoArchitect's DesignClass is a platform for interviews and real-world lessons on how today's artists, designers and creators can build a thriving practice. Next in the series: our own Karin Liljegren.

If you're curious about how preservationists and adaptive-reuse architects balance historic aesthetics with long-term usability, sign up for the Trading Notes webinar on May 22, run by our friends at The Architect's Newspaper.

Our own Karin Liljegren, FAIA, will be joining Richard Southwick, FAIA, LEED AP, and Frances Halsband, FAIA, as they discuss their approach to projects, with lessons applicable to interventions all over the world.

What Do Architects Want from a Green New Deal? 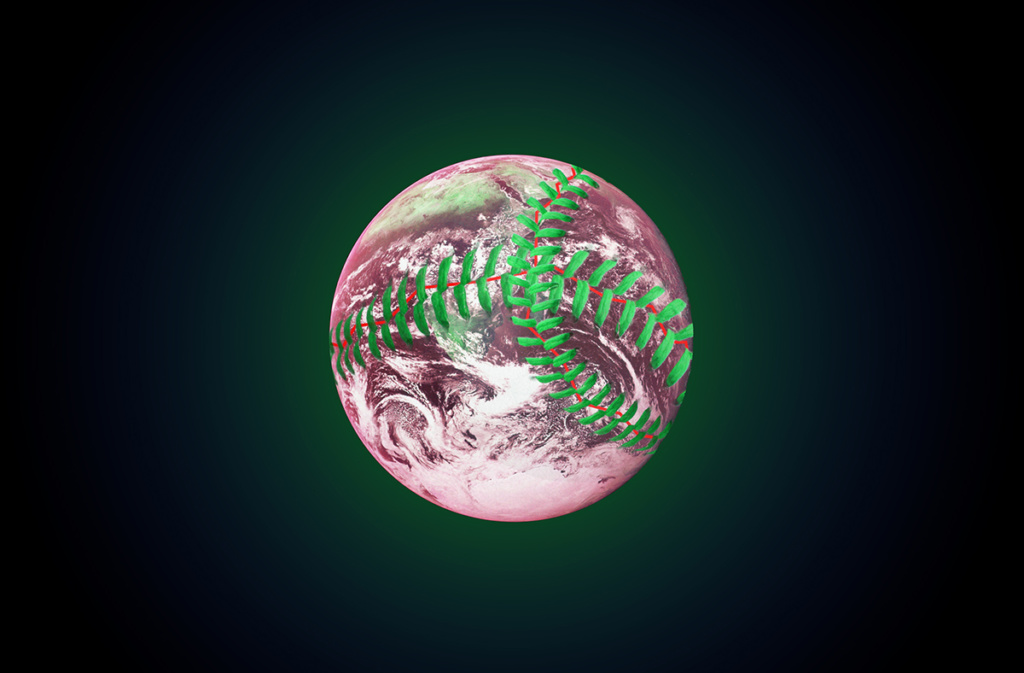 It's exciting to imagine that the Green New Deal might turn more real if the 2020 election goes... in a certain direction. For this piece by The Architect's Newspaper, Karin Liljegren talked about her wish list for the legislation.